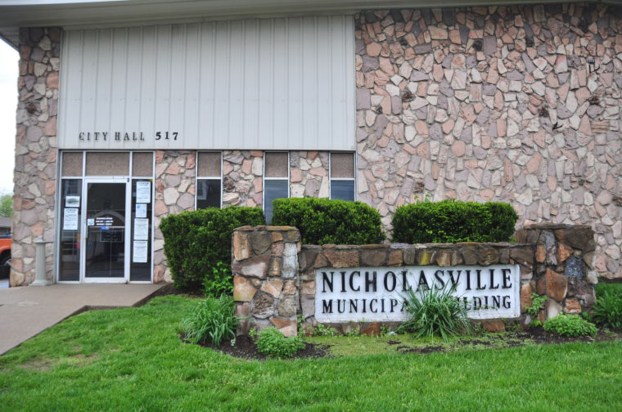 The city of Nicholasville amended its regulations for the Maple Grove Cemetery Tuesday to prohibit fences or other barriers around the grave sites and to require that dogs on the cemetery grounds be kept on a leash.

The second reading of the ordinance was approved unanimously during a special called meeting of the Nicholasville City Commission.

Other rules for memorials prohibit ornamental trees or shrubs that could intrude into the graves, no candles, open fires or incendiary devices, no visiting the cemetery after 9 p.m. or before 8 a.m., no bottles or other glass objects, no cut flowers on the graves between Nov. 15 and April 1, no benches unless they are part of an approved memorial, and no blocking drives. Families must allow cemetery workers two hours after a funeral before viewing a grave.

Penalties for violating the ordinance include fines ranging from $25 to $500.

During the meeting the commission authorized Mayor Pete Sutherland to extend the filing and payment deadline for net profits taxes from April 15 to May 17 and waive interest and penalties if the taxes are paid in full by that date.

This change coincides with a change to the income tax deadline as a result of COVID-19 issues.

Also during the meeting Tuesday:

• The commission approved the second reading an amendment to its nuisance abatement ordinance changing the meeting day for the Code Enforcement Board from the third Monday to the third Tuesday of the month.

Check out the JCPL Events Calendar at www.jesspublib.org for more information and to register. Programs marked with an asterisk (*)... read more