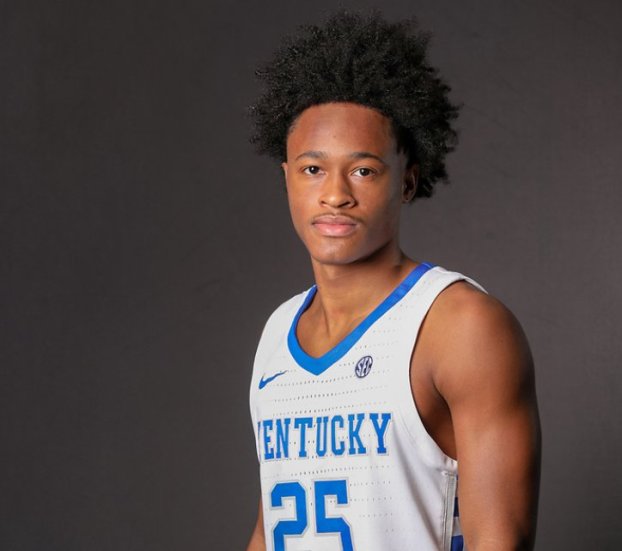 Kentucky’s basketball roster for the upcoming season is complete.

“These last few days have been surreal,” Watkins said. “I grew up wanting to play basketball on the college level. To have the opportunity to do so at a place like Kentucky and under a Hall of Fame coach like John Calipari is a dream come true. I understand what the expectations are of me. I’m excited to come in and be a part of this team and work hard every day to help my teammates and this team chase its goals.”

Watkins, a 5-foot-8, 145-pound point guard, played at Kingsway Regional High School in Camden, New Jersey, and is the step-son of former Memphis standout Dajuan Wagner, who played for Calipari at Memphis.

“Kareem is a great kid with a terrific work ethic who is going to be a great addition to our team,” Calipari said. “Kareem knows our expectations of him. We want him to come in here and be a great teammate and help us in practice. His stepfather, Dajuan, who played for me at Memphis, has really instilled a drive in Kareem and I look forward to seeing him continue to develop here with family.”

Watkins averaged 8.7 points per game as a senior last year and scored double figures in 11 games and connected on more than one 3-pointer in 12 contests. He had four or more assists in 14 games and three or more in 10 games.

“He’s growing right now,” Calipari said. “His stuff is all potential. You’re talking about, I’m going to guess he’s 6-6, 6-7. He’s a guard. But what we’re finding out, he’s one of those guards that if you get him near the basket, he’s really good. Like, really good eight feet and in. And so, we’re just figuring that out.”

John Petty Jr. (Alabama) and Scottie Lewis of Florida also are on the list that will be trimmed to 10 players, with five finalists announced in late February.

Keith Taylor is sports editor for Kentucky Today. Reach him at keith.taylor@kentuckytoday.com or Twitter @keithtaylor21.

Asbury seniors Justin Spoon and Bethany Hamilton are off to an impressive start as key members of the AU men’s... read more