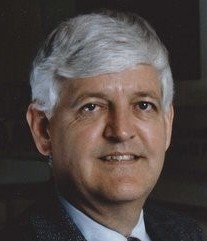 ELLIOTT: I cannot vote for Trump because I am pro-life

I recently received an email questioning why I had a Joe Biden sign in my yard. It was written in a genuinely respectful manner — in contrast to some quite hostile responses I have received to my July 27 Lexington Herald Leader op-ed defining Donald Trump as the greatest threat to the survival of American democracy since the Civil War.

In my defense of my Biden sign, I wrote my friend that I cannot vote for Trump because I am pro-life.

Trump’s mishandling of the COVID pandemic has unnecessarily cost huge numbers of American lives. His disregard for wearing masks alone is killing many Americans who follow his lead. In addition, University of Washington Institute for Health Metrics and Evaluation projections are that at least 130,000 lives could be saved between now and February if there was universal wearing of masks.

Trump’s mishandling of American foreign policy (attacking our allies and giving succor to our enemies) jeopardizes the lives of our troops and makes nuclear war more likely than at any time since the Cuban Missile Crisis.

Trump’s betrayal of the Kurds, who were our allies in fighting ISIS, cost many of them their lives. Trump gave Turkey a green light to attack Kurds in Syria over the protests of U.S. military leaders and U.S. special forces who fought alongside these highly effective allies. The Kurds saved the lives of American troops, and they were shamefully abandoned on Trump’s orders.

Republican and Trump support for ready access to assault rifles has led to the needless loss of American lives at the hands of mass murderers. The lack of background checks at gun shows alone, which the Republican Party and Trump defend, costs many innocent Americans their lives every year.

Republican and Trump efforts to repeal the Affordable Care Act threatens the lives of millions of Americans. Without it, insurance companies would disallow coverage for millions of people with preexisting conditions and would remove coverage for 20 million, mostly poor, Americans who could not otherwise afford health coverage.

Trump has drastically reduced the number of endangered Christians admitted into the U.S., people who are trying to flee their homes for fear of persecution and death at the hands of autocratic regimes worldwide.

Trump has opposed State Department and bipartisan congressional support for stronger sanctions against China over its forced sterilization policy and general repression of its Uighur minority. Under Chinese President Xi over one million Uighurs have been removed from their families and placed in “reeducation” camps or have been detained and are unaccounted for, measures one human rights activist has labeled “eradication, not indoctrination.” At the July 2020 G20 Summit Trump told President Xi the camps were “exactly the right thing to do.”

Trump’s shameful policy of family separation at the Mexican border may not be killing children outright, but this policy has definitely scarred these innocents for life.

I agonize over Democratic support for abortion, but Republican and Trump tax policies favoring the rich over the poor spell malnutrition and the risk of death for children born without sufficient access to proper nutrition and health care.

Bottom line: I cannot accept Republican and Trump claims that they are truly pro-life in any comprehensive sense. The above policies make a sham of the idea that they are pro-life for all human life. A pro-life position should include support for the survival of the born as well as the unborn.

EVANS: While efforts can seem unappreciated, they serve a purpose

Being a parent is tough work. There is not a manual or a how to guide. Children do not come... read more