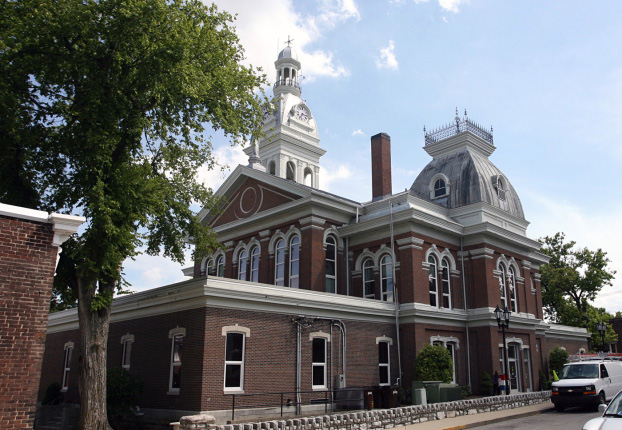 The Jessamine County Courthouse has undergone a $1.3 million renovation that has taken eight months and is nearing completion.

Highbridge Pavilion to reopen, other rentals on hold

The pavilion at Highbridge is scheduled to reopen to public rental in April, but the county’s two other rental facilities will remain closed to the time being.

The Jessamine County Fiscal Court recently voted to allow rentals at the pavilion only, Jessamine County Judge-Executive David West said. The Blue Building at City-County Park and the Keene Lodge, though, will remain unavailable for the time being.

Part of the issue with renting the facilities within the past year has been required cleaning after use according to COVID-19 health guidelines.

West said the county only charges $50 to rent any of the three facilities, but cleaning after each use would cost $200, according to the only bid the county received.

Financially, the rentals were not feasible, he said.

The Blue Building is presently being used by the Kentucky State Police for driver license testing, and could be available once the state is finished, he said.

Keene Lodge will be undergoing an exterior refresh, which was approved by the Jessamine County Fiscal Court recently as well.

“It will be repairs on the outside…,” West said. “It’s getting it back in shape.”

The work, he said, will be largely cosmetic.

“On these semi-historic buildings, you want to maintain the character of the building,” he said. “It’s been built on and cobbled together. Most of the historic features are gone.”

The work will be performed by Preservation Services and Technology, he said.

The court also accepted more than $300,000 in excess fees from the Jessamine County Sheriff’s Office. State law requires excess fees generated by elected officials’ offices, beyond operating expenses, to be returned to the county. West said the fiscal court contributes about $72,000 monthly to the sheriff’s office operations.

Just when everyone could use some live entertainment to look forward to, Asbury University’s Theatre Department announces their upcoming epic... read more