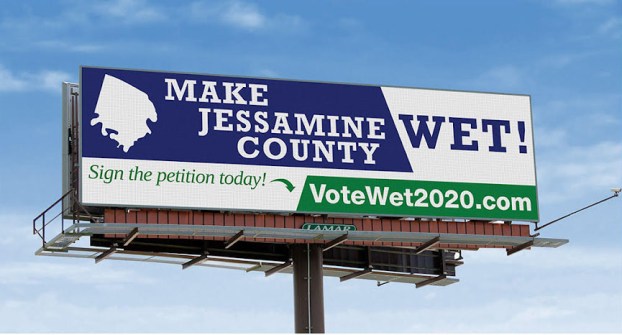 There is nothing city officials can do to prevent the legal sale of alcoholic beverages in the short term. What they can do, though, is regulate those sales.

The Wilmore City Council was expected to hear the first reading of an alcoholic beverage control ordinance at its meeting this week, but because of inclement weather, the regular meeting was canceled.

The council’s next meeting is scheduled for 6 p.m. March 1 at City Hall, at 210 S. Lexington Ave.

The council meetings are open to the public, but there is not a virtual option for attendance.

Organizers of a 2020 ballot initiative to legalize alcohol sales in Jessamine County say they didn’t intend for it to include Wilmore, but the way the referendum was worded included no exception for the city.

Many were surprised to learn after the election that alcohol was legal everywhere in the county.

The only way to change that is for Wilmore to have its own referendum, but that could take two years and cost thousands of dollars, he said.

In the meantime, the city wants to limit how and where alcohol can be sold.

Rainwater said the ordinance would prohibit alcoholic beverage sales on Sundays, limit weekday sales to the hours of 8 a.m. to 9 p.m., and allow alcohol by the drink only in places that get 70 percent or more of their income from selling food.

“We don’t want a bar on Main Street,” he said, but restaurants would be allowed to have alcoholic beverages by the drink.

Nudity and adult entertainment would be banned, and businesses would be required to refuse alcohol to anyone who appears to be drunk.

Package sales of spirits, wine, and malted beverages would also be allowed.

Rainwater said the city is already getting requests for licenses, but he doesn’t expect many existing businesses will apply.

“It’s not going to be at Fitch’s IGA or Subway,” he said.

Rainwater said some people have come before the council to say they think alcohol sales are desirable and would promote development. And about as many have said they don’t want booze in their little town.

The city will be required to designate an alcoholic beverage control administrator to enforce the law and issue licenses.

The other big issue that was supposed to have been considered during the meeting that was canceled Monday was the first reading of an ordinance of intent to annex 600 acres of the 1,000-acre Bicknell Farm on High Bridge Road for the development of one-acre single family residences.

That would involve a 60-day process that would require the proposal to go before the Jessamine County-Wilmore Planning Commission and back to the Wilmore City Council for final approval.

Rainwater favors the development. He said the county government has its own proposal to allow the development in the unincorporated area if the city doesn’t annex it, and he thinks that if it’s going to be adjacent to the city, the city should have the revenue from the property taxes.

He said the city would be selling water to the development, but the government doesn’t want to have to pay to extend sewer lines to the property, so the lots would have to be big enough to accommodate septic tank systems.

Round 3: Kentucky preparing for another blast of winter weather

Winter storm warnings and winter weather advisories are in effect for all of Kentucky as the third winter storm in... read more