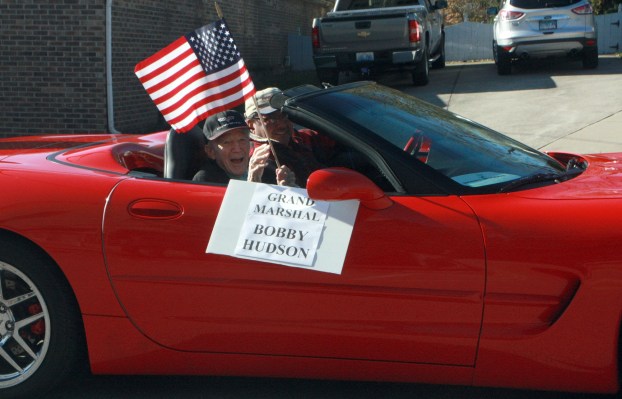 Wilmore will celebrate its men and women of the military with an old-fashioned parade through downtown on Saturday.

The event will begin at 10 a.m. and is expected to last about an hour.

Amy Fitch, the city’s director of parks and recreation, said she expects it to be a smaller event this year because of COVID, but it will be a long route.

“There should be plenty of space for people to either participate or watch it,” she said last week. “We normally don’t have a big crowd.”

She said she is hoping students at Asbury University will come out to watch as the parade goes through campus. Part of the parade route is Lexington Avenue, which runs between the college and seminary, and it will continue out Ky. 29 to Thomson-Hood Veterans Center and Wesley Village.

This year the state military veterans center won’t be participating because of a coronavirus outbreak that has infected at least 138 residents and staff and claimed the lives of 13 residents.

“The parade will go down to Thomson-Hood, and we will wrap around on their drive, and those who are able to can come to their windows to look and see,” Fitch said, but the staff won’t be bringing the veterans outside this year. The parade will then do the same at Wesley Village.

Fitch said the same procedure was used for the Fourth of July parade this summer, and it was “well-received” by the retirees.

Fitch said the parade will include an ROTC group, Doug Day’s military/freedom float with its sound system for patriotic music, a veterans motorcycle club, maybe the popular “lawnmower brigade,” and police and firefighters.

“A lot of our local heroes will be part of that,” she said.