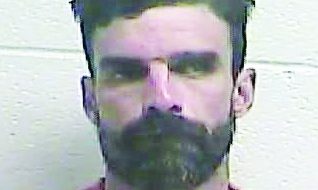 A Nicholasville man is facing multiple charges after he allegedly fled from police after stealing a car from East Jessamine High School.

According to Nicholasville Police, officers were called to EJHS at 9 a.m. Aug. 26 by the victim, who had surveillance video of his vehicle being stolen.

Another district employee said he had run a person off the property earlier in the day. Officers identified and located the suspect, who then fled and avoided officers for several hours.

Eventually, a resident on Ridgewood Drive called and said there was a person hiding under his deck. Officers arrived and arrested McLean.

During an interview, McLean told officers he was told to go steal the car by another person, who promised to split the proceeds when the vehicle was sold. The vehicle was located near the scene of the original call.

McLean was also allegedly involved in another theft and used the stolen vehicle to remove property.

Officers also recovered approximately two grams of methamphetamine from under the deck.

McLean was arrested and charged with theft by unlawful taking (auto), first-degree fleeing or evading police and first-degree possession of a controlled substance. He was lodged in the Jessamine County Detention Center.