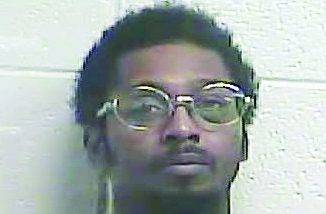 According to arrest citations, Davion K. Forte, 24, of 118 Cypress St., was arrested Aug. 26 following an incident outside his residence.

Police said officers were called to the location concerning a domestic situation inside a vehicle. When officers arrived, they saw the vehicle rocking back and forth, and heard screaming from the trunk. Forte was sitting in the driver’s seat.

After placing Forte in custody, officers released a person from the trunk, who had multiple deep red marks on the neck and a bleeding lip.

Other officers searched the vehicle and found a backpack containing several smaller bags of suspected marijuana and a laptop computer, along with multiple firearms.

In an interview with police, Forte said he had been hitting the victim all day and had strangled the victim multiple times to the point the victim could not breathe.

The victim was examined on the scene and transported to the University of Kentucky Medical Center.

Forte was arrested and charged with first-degree strangulation, trafficking in marijuana less than eight ounces and possession of a firearm by a convicted felon. He is being held in the Jessamine County Detention Center on a $25,000 bond.

Kentucky got a better report from the White House Coronavirus Task Force Monday, with 52 counties in danger zones for... read more