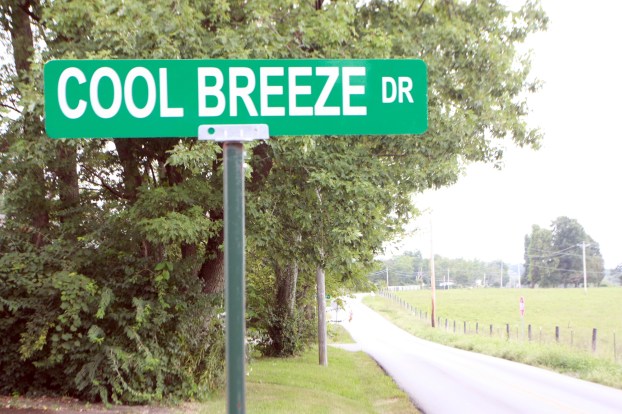 Jessamine County and state regulations are in conflict when it comes to two mobile home parks on Cool Breeze and Leedean.

The two parks are subject to regulations that have been grandfathered in, meaning the regulations from 1960 (when the mobile home was plotted and laid out) were the ones that have stuck, said Planning and Zoning Attorney Bruce Smith.

This means some regulations that are required for mobile home parks built in 2016, such as the size of a mobile home and it’s length from the roadway, may be a bit different than the regulations followed by Cool Breeze and Leedean.

Bobby Weber, who has lived in the Cool Breeze Trailer Park for 30 years and owns some trailer lots in a private section, presented concerns about trailer size and setback requirements to the Jessamine County Fiscal Court back in June.

“The state of some of the lots are crazy,” Weber said in a phone interview with The Jessamine Journal. “Taxpayers of this county probably wouldn’t even realize that we have something like this in our own county.”

Smith told magistrates in June that the parks of Leedean and Cool Breeze are state-regulated.

A manufactured or mobile home shall be located at least twenty-five feet from a community property boundary line abutting upon a public street or highway, according to the KAR.

Also, “a manufactured or mobile home currently in place at a certain lot shall be allowed to continued in that lot. If a mobile home is removed it shall be only replaced by a home of the same size.”

However, because the two mobile parks were grandfathered in, the mobile homes that reside there are included in the set back and spacing requirements in effect at the time the community was constructed, which was in the 1960’s.

“Mobile Homes in general have just changed and gotten bigger, like everything else,” said Lisa Bolton, Environmental Program Director of the Jessamine County Health Department. “It’s going to be difficult to accommodate a mobile home with the size they make them in today. They’ve just gotten bigger.”

Bolton said the regulations from the local standpoint of the Jessamine County Health Department are the basic minimums.

When Flagship Properties purchased the parks, mobile-home permits were transferred to the company, according to Flagship attorney James ‘Jim’ Craig.

However, Weber has a different viewpoint.

When Flagship Properties bought the Cool Breeze and Leedean lots in the early 1990’s the president,  Linda J. Boone, should have, by law, applied for a new permit from Frankfort, he said.

“Therefore the permit under a KSR enforcement from Frankfort would be an updated regulation — more updated that the regulations of the 1960’s,” Weber said.

But, Craig argued a permit would only require an application if a new mobile home park was built.

“If you are buying an existing mobile home park, the typically transaction is that the permit for the operation of the park is transferred to the new owner,” Craig said.

He also said the new construction standards state that mobile homes must be 25 feet away from the street, but not for regulations that are based before the 1970’s, like Cool Breeze and Leedean.

They grandfathered in existing mobile home parks when the act requiring homes to be further away from the road was passed, Craig said.

“I do believe the residents are safe,” he said. “These are people on low incomes and this is their housing. Without the mobile homes a lot of these people would have no place to go. These are low-income families trying to survive.”

Cool Breeze and Leedean are operated in compliance with the regulations that affect them, Craig said.

“The biggest source of this controversy is the conflict between state law and local law,” Craig said. “What local law is doing, in my opinion, is trying to interfere with the use and operation of Flagship. If they create so many barriers that the park can no longer operate, then in affect they would condemn the park.”

What it comes down to is the local officials just don’t want mobile homes coming into the county, Craig said.

Flagship Properties also owns properties in other cities in Kentucky and Indiana.

What can be done?

“The question for the larger issue is, has state government, through its regulation of these types of parks, preempted local enforcement,” Smith said in a phone interview.

“When this issue originally came up that was my concern,” he continued. “If we jumped in here with our local regulations with these particular parks are we going to start some litigation that we can’t win?”

Earlier this year, Public Health Director Randy Gooch said because the parks are grandfathered in, mobile homes brought into them are permissible with the setbacks that were allowed in the 60’s.

“We tried to get the state department that regulates these parks to tell us (what to do),” Smith said. “‘Can we enforce the local regulations?’ But we couldn’t get an answer to that and that is what led to that fiscal court meeting (back in June). It was suggested that someone in county government write to the Attorney General and ask for his opinion.”

One of the committee members, April Rose Prather, along with people from the Jessamine County Health Department, the code enforcement officer – Carl Perkins – and others met on Wednesday Sept. 14, at the Cool Breeze Mobile Park.

“I was there (on Wednesday) as a committee member, not a magistrate,” Prather said. “When we were there a lot of residents came out that had concerns. The health department and code enforcement officer took notes on the concerns of the residents.”

The committee discussed issues earlier this summer. An agreement was made between the Jessamine County-City of Wilmore Joining Planning Commission representative and Jessamine County Health Department representatives who agreed that their respective offices would collaborate in notifying each other when a manufactured home was being moved to either of the parks mentioned, Smith said.